Best for children ages 0-2 and their families
​
A simple piece of yarn can become so many things! Follow two curious explorers on a voyage into a world made of string! Yarn birds fly through the air. A string ship travels the sea. This gentle, engaging performance features object transformation, movement, live string music, and captivating design. Follow the twists, turns, and eventual tangles of this special immersive performance for our youngest audience members!

This show runs about 20 minutes in length and will be followed by a 5-10 minute
hands-on exploration of the props used in the show.

Sail On String At Home!

Becca Drew Ramsey (Playwright, Designer) is a NC-based theatre maker who specializes in creative drama, theatre design, and theatre for the very young. She earned her MFA in Drama and Theatre for Youth and Communities from the University of Texas at Austin. In Chicago, she served as Artistic Director of Bubbles Academy, an arts-integrated enrichment center where she developed innovative programming for babies to five-year-olds. At Lexington Children's Theatre, Becca Drew worked as Education Associate, teaching theatre classes to young people, designing for MainStage productions and performing for young audiences. Becca Drew's Artistry is heavily influenced by young people. She believes passionately in the power a practicing artist can have in the classroom and the powerful influence young people have on practicing artists.

E-hui Woo (Lighting Designer) is currently based in Singapore and is very excited to be back for her second show with Arts on the Horizon! Previous and current local designs include Outside the Lines (Arts on the Horizon), 14 (Theatre Prometheus), Sweeney Todd (The Arlington Players), Tartuffe (Perisphere Theater), No Word in Guyanese for Me (Rainbow Theatre Project), Rabbit Summer (Ally Theatre Company), The Real Americans & Draw the Circle (Mosaic Theater Company), To Tell My Story (The Welders), King John & Lion in Winter (4615 Theatre Company), Source Festival 2017, .d0t :: a RotoPlastic Ballet (Pointless Theatre), and Marx in Soho (Nu Sass Productions). Extra love and thanks to her pillar of support, Drew, for being the sweetest and most understanding throughout this period of having sailed abroad (though sadly not on string!) Portfolio: www.e-hui.info

​Drew Neitzey (Stage Manager) is delighted to be teaming up with Arts on the Horizon once again! This past season, he was the Stage Manager for Outside the Lines. Previous D.C. credits include Three Sisters,​ The Hard Problem​,​ and Hand to God (Studio Theatre). Other credits include productions and events with the Kennedy Center, Arena Stage, Goodman Theatre, The Glimmerglass Festival, Endstation Theatre Company, and the American Pops Orchestra. In addition to his stage management work, Drew was fortunate to work with Aurora Productions on the Pre-Broadway production of Mean Girls at the National Theater. Drew received his B.A. in Theatre Arts and Communication Studies from Stetson University. 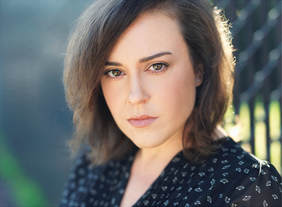 Paige O’Malley (Twine) graduated from New York University with degrees in Art Therapy and Spanish language. She is a long-time puppeteer having performed on several national tours. Most notably on tour, she played the title character in Swazzle's puppet adaptation of The Little Prince. Some of Paige’s local credits include: Tame (Blind Pug Arts Collective), A Bid to Save the World (Rorschach Theatre), Widower’s Houses (Washington Stage Guild), and Adult Entertainment (The Klunch). Paige is currently working on a new adaption of Mary Shelley’s Frankenstein (opening Halloween 2018) and of Treasure Island (Spring 2019), both produced by We Happy Few. Paige also works at the Library of Congress narrating audiobooks for the blind. You can also catch her Wednesday mornings at 11am performing a weekly puppet show at Walls of Books DC. 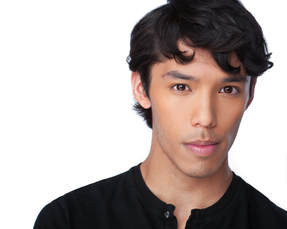