Created and Directed by Matt Bassett and Tia Shearer Bassett

Imagine a theatrical world designed especially for babies and young toddlers to explore - a world inspired by the wonders of the rainforest! That's what's in store when the innovative style of Arts on the Horizon targets our very youngest fans and their caregivers. Using colorful objects and playful sounds, our performers will discover and build a rainforest setting around, within and above the audience. Whistling flowers, a clacking caterpillar, and brightly-colored umbrella birds await! After each performance, children are invited to explore the different props and objects used to create the playscape.

Under the Canopy is a 20-minute, interactive, nonverbal show geared for children ages 0-2 (and their 3-4-year-old pals). 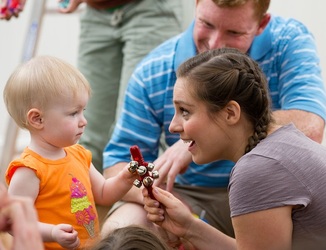 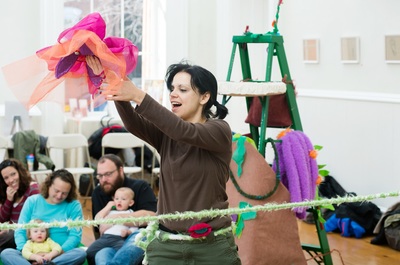 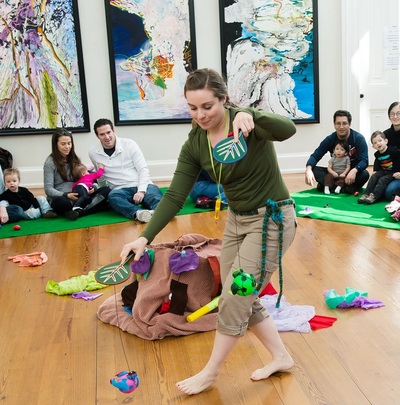 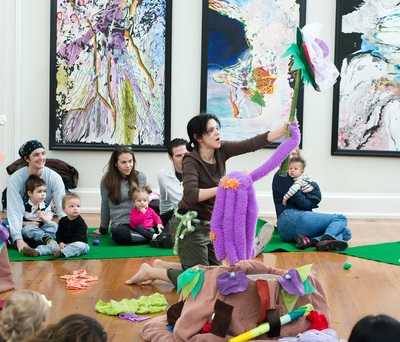 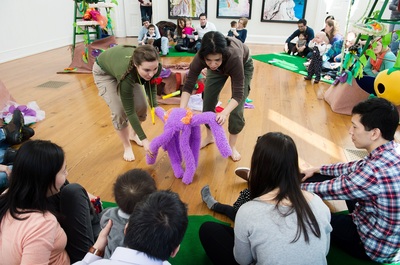 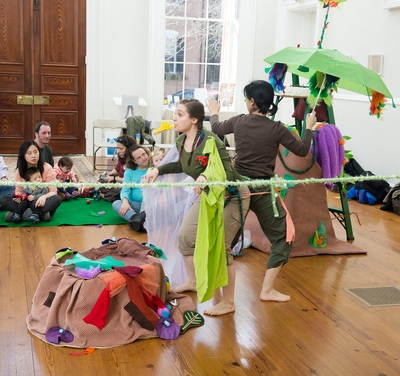 Wit’s End Puppets (Object/Puppet Design) is devoted to telling stories through puppetry and bringing the art form to the DC community through performances, collaboration and educational workshops. Wit's End has presented shows at street fairs, outdoor festivals, TEDx conferences and public libraries in the DC area. Their first original full-length show, The Amazing and Marvelous Cabinets of Kismet premiered in May of 2013 at the Mead Theatre Lab at Flashpoint, through the support of CulturalDC. After premiering in fall 2013, they brought a bilingual children's play called Fabulas Mayas (co-produced with GALA Hispanic Theatre) to the 2014 Atlas INTERSECTIONS Festival.
Mary Alicia Sells (Resident Stage Manager) is a proud company member of Arts on the Horizon.  A local freelance stage manager, she has had the privilege to work on over 30 productions with such companies as Adventure Theatre, Arena Stage, Folger Theatre, The Kennedy Center for the Performing Arts, Olney Theatre Center, Signature Theatre, The Source Festival, Spooky Action Theater, Studio Theatre, and Woolly Mammoth Theatre.  She is a graduate of Vanderbilt University with a BA in English, History, and Theatre.
Sound Design consulting and mixing services provided by Nicole Martin.