Sunny, the zoo’s sole orangutan, is delighted to get a new roommate, but things don’t go smoothly when Licorice first arrives. Sunny likes to be loud, but Licorice prefers to read the newspaper. And Licorice likes to keep things tidy, but Sunny keeps making a mess! When the zookeeper leaves behind a radio, a curious thing happens -- toes start tapping and arms start swinging. Could music bring this “odd couple” together? Featuring a special tap finale inspired by movie musicals of the 1930s & 40s! 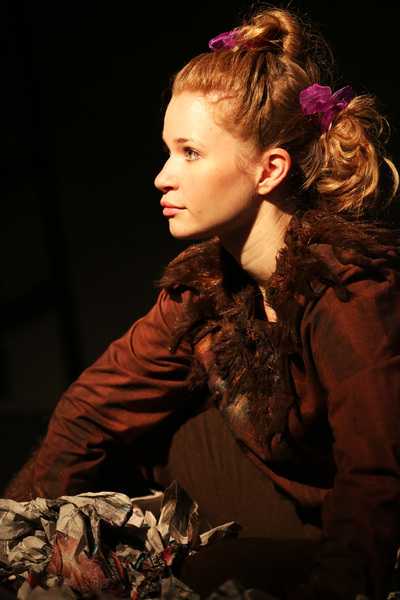 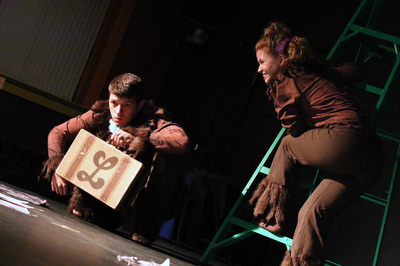 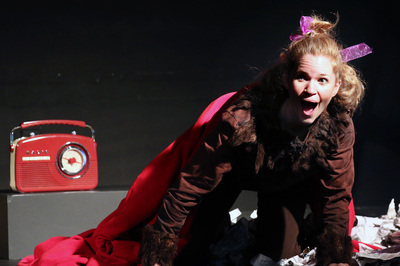 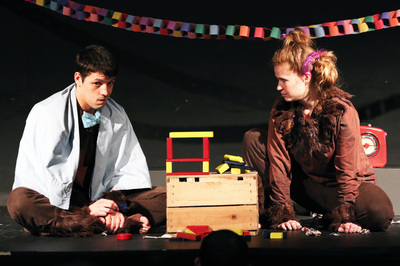 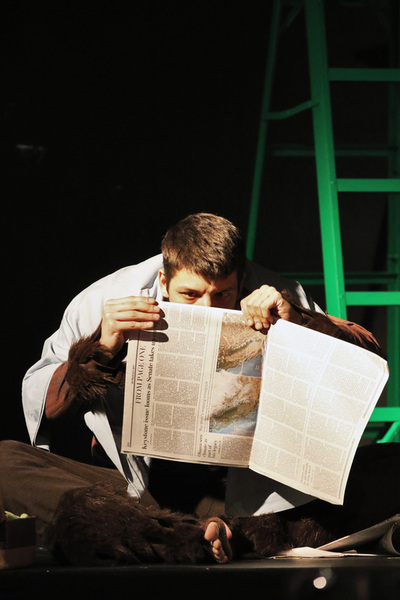 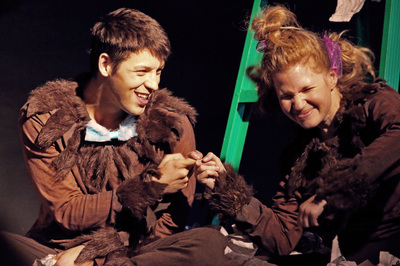 Miriam Gonzales (Playwright) has been involved in theater as a student, teacher, actor and writer. In 2011, she received an Aurand Harris Memorial Playwriting Award from the New England Theater Conference for her adaption of the children’s book, The South Overlook Oaks. Her original play, The Smartest Girl in the World, won the 2013 Write Now Award and received a professional workshop and reading at Childsplay Theater in Tempe, Arizona. The Smartest Girl in the World will be produced by Childsplay Theater in their 2015 season.  The play was also selected for Northwestern’s Purple Crayon New Play Festival, was a semi-finalist for NYU’s New Plays for Young Audiences development series, featured at The La Jolla Playhouse’s DNA New Works Series, and showcased at the AATE conference in 2014.  Miriam is a former teaching artist with Young Playwrights’ Theater (YPT) in Washington, DC, and served as YPT’s Board Chair.  She is a graduate of Brown University, received her doctorate from Stanford University’s School of Education, and is an alumna of the Kennedy Center’s Playwriting Intensive program.  Miriam is thrilled and honored to be a part of Arts on the Horizon’s 2013-14 and 2014-15 seasons with her play, Sunny and Licorice.
Kate Debelack (Director) D.C. credits include: Kennedy Center Theater for Young Audiences (American Scrapbook), The Shakespeare Theatre (Ion), The Studio Theatre (Fat Pig, Long Christmas Ride Home, Ivanov, Blue Heart), Studio Theatre 2ndstage (Bat Boy the Musical, Love’s Fire, The Wild Party), Taffety Punk (Measure for Measure), Forum (The Memorandum), Longacre Lea (Dogg’s Hamlet/Cahoot’s Macbeth), MetroStage (Electra), and Cherry Red Productions (Cinema Verité, Anger Box, Worm Girl, Spamlet, and Zombie Attack!). Regional: New York International Fringe Festival, Seattle’s 5th Avenue Theatre. She teaches at the Studio Theatre Acting Conservatory.
Mary Alicia Sells (Resident Stage Manager) is a proud company member of Arts on the Horizon.  A local freelance stage manager, she has had the privilege to work on over 30 productions with such companies as Adventure Theatre, Arena Stage, Folger Theatre, The Kennedy Center for the Performing Arts, Olney Theatre Center, Signature Theatre, The Source Festival, Spooky Action Theater, Studio Theatre, and Woolly Mammoth Theatre.  She is a graduate of Vanderbilt University with a BA in English, History, and Theatre.
Hannah Schneider (Props Designer) is a Maryland native and is currently also working as a stage manager for Arcturus and Quotidian theater companies. Her most recent job was working as the stage manager and props master for Potomac Theater Company’s production of Annie. She graduated from Stonybrook University with a MA in Theatre Arts and has a BA in Stage Management from Muhlenberg College.
Rhonda Key (Costume Designer) is pleased to be working with Arts on the Horizon. She was the Resident Costume Designer for Cherry Red Productions from 2001 – 2011 during which time she also designed for many other local theater, opera, and dance companies. In addition, she worked as a Costume Coordinator for the Washington National Opera for many years. She will continue to freelance as a designer and also has also formulated a new career as a Yoga Instructor and owns her own small business, EnergyThreads, which sells Eco-friendly yoga accessories.
Original Choreography by Ryan Sellers