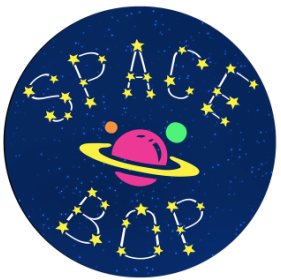 World Premiere
Best for children ages 0 - 2 and their families

Journey to the musical cosmos in Arts on the Horizon’s world-premiere piece for babies and toddlers, Space-Bop! Drawing on a little one’s early love of light and vocal play, Space-Bop takes place under the starry sky and features a GRAMMY®-nominated hip-hop artist and beatboxer, a Chaplinesque hero, and the endearing denizens of outer space, like a pinwheel comet and a glowing star. In Arts on the Horizon’s signature multi-sensory, nonverbal style, Space-Bop invites our youngest audience to look up at the stars, have a giggle, and dream along with the hip-hop beat.

This show is made possible in part by the Alexandria Commission for the Arts and the Rotary Club of Alexandria.

Review
Our Kids raved about Space-Bop commenting, "I can’t say enough wonderful things about the Arts on the Horizon’s world-premiere piece for babies and toddlers, Space-Bop! You and your kids will take a journey through space and experience everything it has to offer: stars, comets, rockets, planets, and more. In the background, you’ll dance along with hip hop beats and musical instruments."  To read the entire review, click on the PDF. 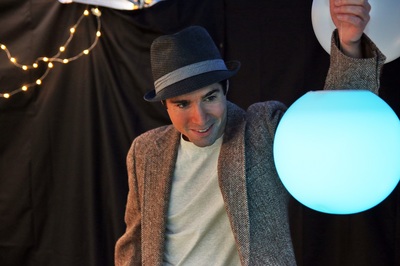 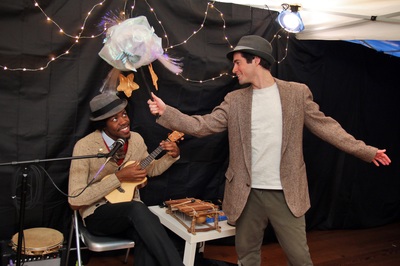 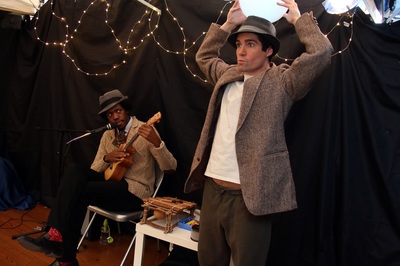 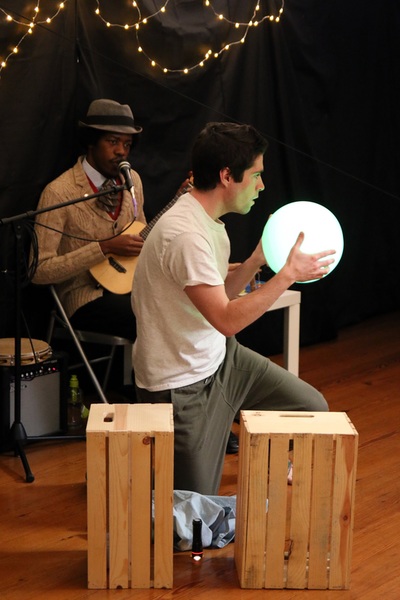 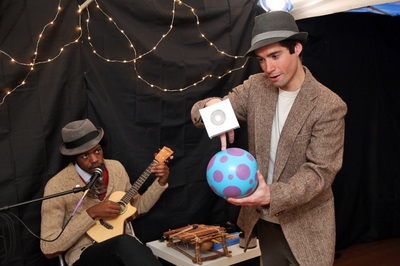 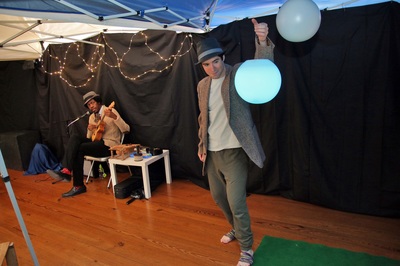 Jessica Phillips-Silver ﻿(Baby Brain Development Consultant) is a researcher in music neuroscience, an educator, a musician, and a mother. She is currently an Associate Researcher in Neuroscience at Georgetown University Medical Center, and has been invited to be adjunct professor in the Faculty of Music, where she is developing Georgetown’s first course on music and neuroscience. Jessica is the CEO of JPS Research & Education, LLC, which in 2014 founded Growing Brains: A brain based approach to raising children and communities. Jessica earned a Bachelor of Humanities and Arts in psychology and music from Carnegie Mellon University, a Ph.D. in auditory development and music perception from the McMaster Institute for Music and the Mind in Ontario, and she conducted postdoctoral research in the International Laboratory of Brain, Music and Sound in Montreal. Jessica’s work is published in journals including Science, Frontiers in Human Neuroscience, Neuropsychologia, and Research in Developmental Disabilities, and has been featured in USA Today, China Daily, the BBC, the CBC, Time Magazine, The New York Times, The Washington Post, Men’s Health, the Atlantic, NPR and the Discovery Channel. Jessica serves as a review editor for the journal Frontiers in Auditory Cognitive Neuroscience, and as an associate editor at Frontiers for Young Minds—the world’s first neuroscience journal for kids.
﻿Wit’s End Puppets ﻿(Object/Puppet Design) is an innovative and experimental puppet theater in the national capital region, producing original work for adventurous audiences, collaborating with local partners to bring quality puppetry into contemporary performance and educating both children and adults about the craft of puppetry. Founded in 2012, Wit's End presented its first full length piece The Amazing and Marvelous Cabinets of Kismet as part of CulturalDC's  2012/2013 Mead Theater Lab program at Flashpoint. The company created shadow puppets and hand puppets for the children's plays Fabulas Mayas and ¡Tum Tica! at GALA Hispanic Theatre and collaborated with Arts on the Horizon on the baby theater piece Under the Canopy in 2014. Their shadow puppet play Saudadepremiered at the 2015 Atlas INTERSECTIONS Festival and was also presented at the Winnipeg International Storytelling Festival in Manitoba. Wit'sEnd's team of collaborators includes Cecilia Cackley, Genna Davidson, Amy Kellett and Patricia Germann. ﻿www.witsendpuppets.com﻿
Brittany Diliberto (Lighting Design) is a Washington DC based Lighting Designer. As a principal lighting designer at Synetic Theater, she designed productions including Much Ado About Nothing, Beauty and the Beast, Three Men in a Boat, Hamlet, and Three Musketeers. In 2012 Brittany travelled to the Republic of Georgia with Synetic Theater as Associate Lighting Designer to bring Host and Guest and King Lear to the Rustavelli National Theatre. For the past two years she has been the Lighting Supervisor for Richmond Ballet’s The Nutcracker. Other Design Credits include: Polaris (Richmond Ballet); Inheritance Canyon, Riot Grrrls The Tempest, Riot Grrrls Titus Andronicus, Charm, Bloody Poetry, Twelfth Night, Oxygen (Taffety Punk); Hamlet, Women Beware Women, The Winter’s Tale (Shakespeare Theatre’s Academy of Classical Acting); Lyle the Crocodile, She Kills Monsters, Interface, Ice Wolf, Seussical Jr. (Imagination Stage);  Holly Down in Heaven, The Language Archive(Forum Theatre); Fall Indian Dance Festival (Dakshina Dance); Where I Belong (Sweet Spot Aerial); straight on till moUrning, Self (Release Physical Theatre Company). This year she was nominated for a Helen Hayes Award for her design of The Island of Doctor Moreau at Synetic Theater. Brittany is also a freelance photographer specializing in weddings and events. www.plaidleaf.com
Mary Alicia Sells (Resident Stage Manager) is a proud company member of Arts on the Horizon.  A local freelance stage manager, she has had the privilege to work on over 30 productions with such companies as Adventure Theatre, Arena Stage, Folger Theatre, The Kennedy Center for the Performing Arts, Olney Theatre Center, Signature Theatre, The Source Festival, Spooky Action Theater, Studio Theatre, and Woolly Mammoth Theatre.  She is a graduate of Vanderbilt University with a BA in English, History, and Theatre.