Back by Popular Demand!
Best for children ages 2 - 5 and their families

It’s just another day at the Lab, but today’s particular assignment has the two employees scratching their heads: a ball keeps appearing from a spot labeled “Point A” and needs to travel to “Point B.” The catch is that the ball can never travel the same way twice! As the two co-workers – one a careful scientist, the other an athletic risk-taker – begin to solve the puzzle together, they explore different modes of transportation in new, wonderful, and exciting ways.  This world premiere, nonverbal production is inspired by the America on the Move exhibit at the Smithsonian’s National Museum of American History.

Monday, May 8th at 10:30am @ City of Fairfax Old Town Hall
(Part of the Spotlight on the Arts Festival. No registration required.)​ 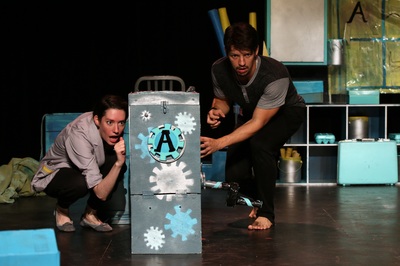 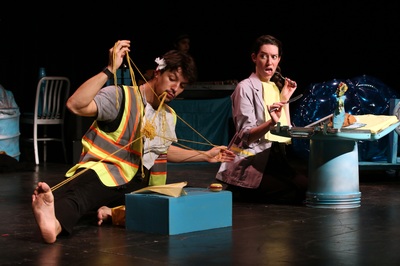 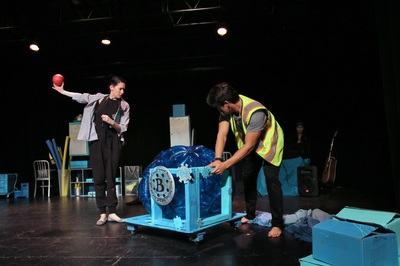 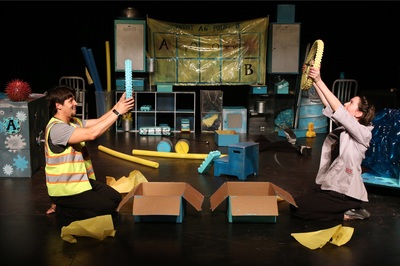 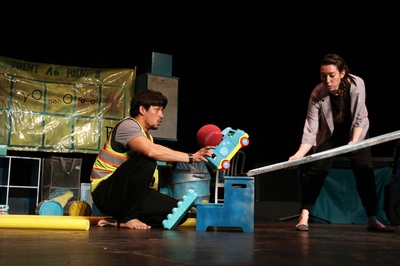 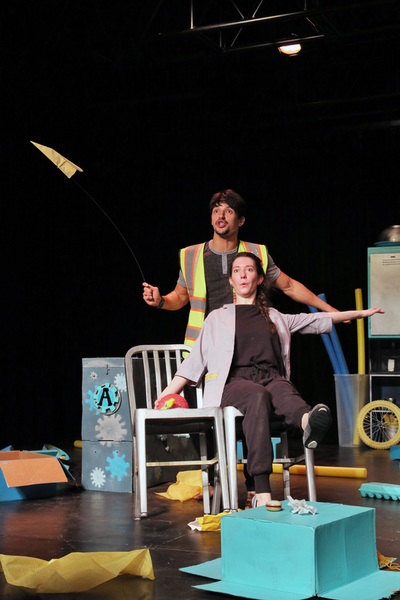 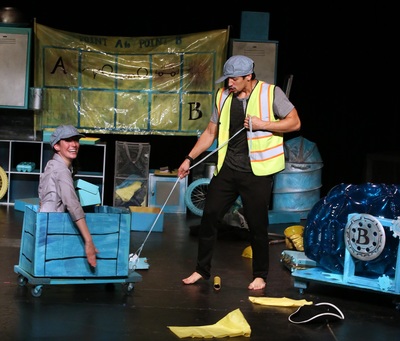 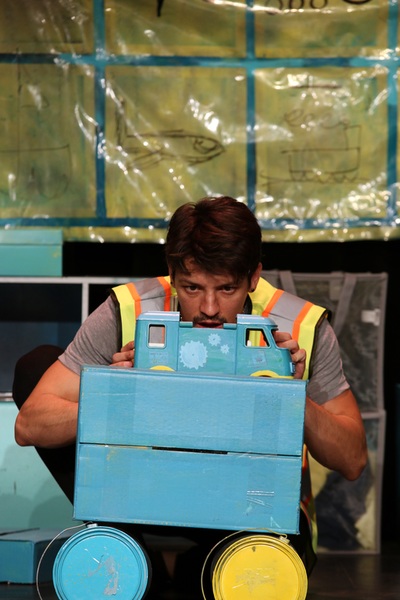 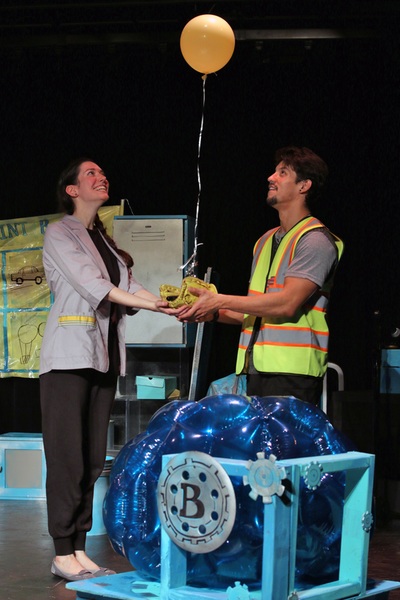 David Kilpatrick (Playwright) is a DC-area arts administrator and playwright, and proud company member of Arts on the Horizon. His playwriting career began in second grade with a show called Father Fox Tries to Get Some Chickens. Written on his parents' typewriter and starring his classmates, the piece proved to be so popular it then toured all the way down the hall to the first grade. Now, all of these years later, he's not only delighted to have made a career in theatre, but is also honored to be writing plays for children under 6.  His past plays with Arts on the Horizon include: Drumming with Dishes, Drumming with Dishes: Holiday Edition, and The Young Spectaculars and the Front Yard Adventure. In February 2017, his adaptation of Lindsay Ward’s picture book Please Bring Balloons will be produced by New York City Children’s Theater.  For the past nine years, David has also been the Manager of Kennedy Center Theater for Young Audiences, working on world premiere commissions/productions, national and international presentations, the national touring program, and the biennial New Visions/New Voices, which develops new work for the field.  This play is for his own A & B – son, Ian & daughter, Celia.
﻿Megan Alrutz (Director) is a director and dramaturg focused on theatre with and for youth. Most recently, she has worked with Seattle Children's Theatre on Mo Willem's new rock musical (TBA), Arts on the Horizon on Point A to Point B, Metro Theater Company on Talkin’ Trash, and the Kennedy Center (Washington, DC) on Elephant & Piggie's We are in a Play. Megan is also a professor at The University of Texas at Austin where she heads the MFA program in Drama & Theatre for Youth & Communities and teaches courses in applied theatre, digital storytelling, and theatre for social justice. In addition to making work for the very young, Megan co-directs the Performing Justice Project, collaborating with teenagers to create original performances about gender and racial justice in our lives and communities: performingjusticeproject.org. ​
Stephanie Lash Kilpatrick (Dramaturg) is a director, dramaturg, teacher and arts administrator, who currently teaches Nursery-6th grade drama at National Presbyterian School, an independent elementary school in Washington, D.C. Before her 9 years at NPS, she was the lower school drama teacher at Episcopal Academy in Pennsylvania and a teaching artist for various educational theatre companies and museums in New York, Philadelphia and DC. Stephanie has served a dramaturg for Philadelphia Young Playwrights, Philadelphia Theater Company and at the Provincetown Playhouse, and holds an M.A. in Educational Theatre from New York University.
Britney Mongold (Props/Set Designer) is excited to share her work with Arts on the Horizon. A Jack of all Trades, Mongold's most recent credits include Scenic Charge Artist for Flying V's Pirate Laureate and the King of the Sea and Props Design for Rorschach Theatre (Glassheart, She Kills Monsters, and Very Still & Hard to See),  Theater J (G-d's Honest Truth, Sons of the Prophet, and The Call) and the 2014 and 2015 Source Theatre Festival's Full Length Plays.
Rebecca Drew Ramsey (Costume Designer) is a designer, performer, storyteller, and teaching artist. Her artistry is heavily influenced by young people.  Their curiosity, honesty, light, and innate sense of innovation is carried into each of her artistic endeavors. She believes passionately in the power a practicing artist can have in the classroom and the powerful influence young people have on practicing artists.  She is currently pursing her MFA in Drama and Theatre for Youth at Communities at The University of Texas at Austin.  Becca Drew is currently researching how physical and visual storytelling can engage the uniquely intergenerational audiences in Theatre for the Very Young.
Kira Burri (Resident Stage Manager) was introduced to theatre at 8 years old, and she hasn't looked back since. Recent theatre credits include Company, Big Love, Oedipus, and the world premieres of La Perdida and Legacy Street.  She has also worked with Longacre Lea, serving as an assistant stage manager and performer in Pol Pot and Associates LLP.  Kira received her BA from Catholic University. She would like to thank Michelle and the entire Arts on the Horizon team for giving her this wonderful opportunity!