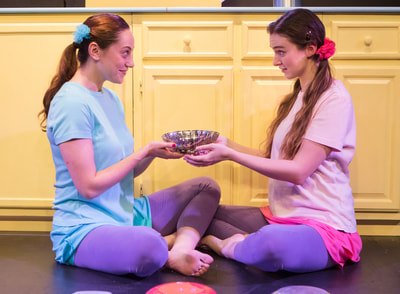 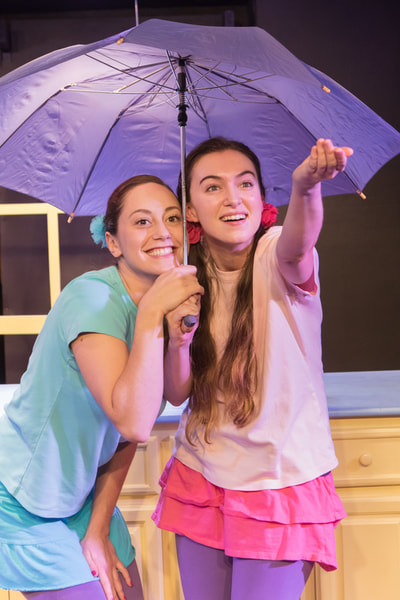 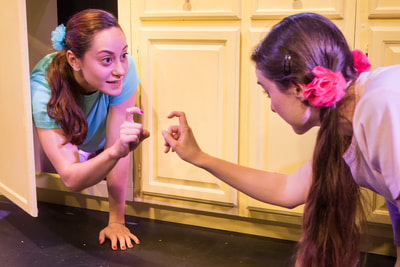 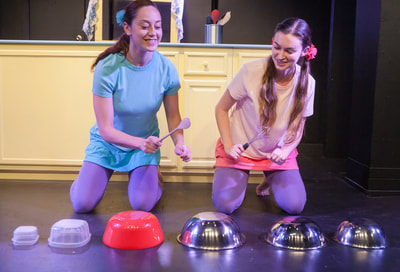 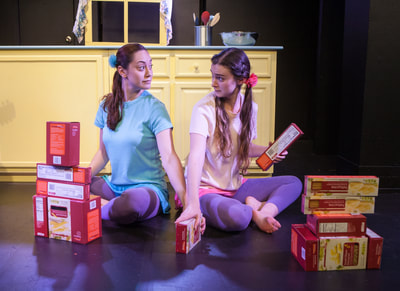 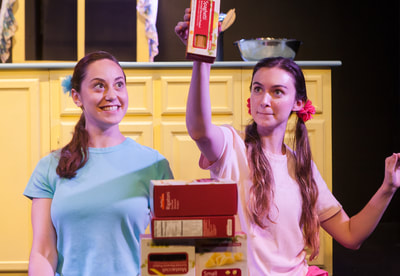 David Kilpatrick (Playwright) is DC-area arts administrator and playwright, and proud company member of Arts on the Horizon. His playwriting career began in second grade with a show called Father Fox Tries to Get Some Chickens. Written on his parents' typewriter and starring his classmates, the piece proved to be so popular it then toured all the way down the hall to the first grade. Now, all of these years later, he's not only delighted to have made a career in theatre, but is also honored to be writing plays for children under 6.  His other plays with Arts on the Horizon include: The Young Spectaculars and the Front Yard Adventure, Point A to Point B, and the Holiday Edition of Drumming with Dishes. His adaptation of Lindsay Ward’s picture book Please Bring Balloons was produced by New York City Children’s Theater last February.  Upcoming productions include a remount of Please Bring Balloons in New York and a production of Point A to Point B at The Rose Theater in Omaha, NE in October 2017.  David is currently the Director of Education Programs and Productions at the Kennedy Center after serving as the Manager of Kennedy Center Theater for Young Audiences for nearly ten years.
Matt Bassett (Creator and Director) is a DC-area director and a proud company member of Arts on the Horizon, most recently creating and directing 2017's Nutt and Bolt. Additionally, Matt is Associate Artistic Director of The Hub Theatre in Fairfax, VA. He previously directed and created Under the Canopy (2014) and Out of the Box (2012) with his wife, Tia Shearer, for AOTH. His DMV credits include multiple productions with The Hub Theatre (including 2014’s Failure: A Love Story, nominated for 6 2015 Helen Hayes Awards including Outstanding Direction and Outstanding Play), productions with Flying V Theatre and Compass Rose Theatre. Educational directing includes productions with The Catholic University of America, Kaiser Permanente’s Educational Theatre Programs, Montgomery College, MC Summer Dinner Theatre, Metropolitan School of the Arts and Imagination Stage’s Education Department. Matt holds an MFA in Acting from the University of Tennessee, serves as Theater Department Chair of Metropolitan School of the Arts, teaches on the faculties of Montgomery College, The National Conservatory of the Dramatic Arts and Imagination Stage, and served as a judge for the Helen Hayes Awards from 2013-2016. He lives in Takoma Park, Maryland with his family.
Lauren Pekel (Stage Manager) is a freelance stage manger and a recent DC transplant. Her DC theatre credits include Studio Theatre and the Capital Fringe Festival.  Regionally, she has worked in opera, theatre, and dance with the American Conservatory Theatre, San Francisco Opera's Merola Opera Program, Skylight Music Theatre, and Your Mother Dances among others. Lauren holds a BFA in Stage Management from the University of Wisconsin Milwaukee.