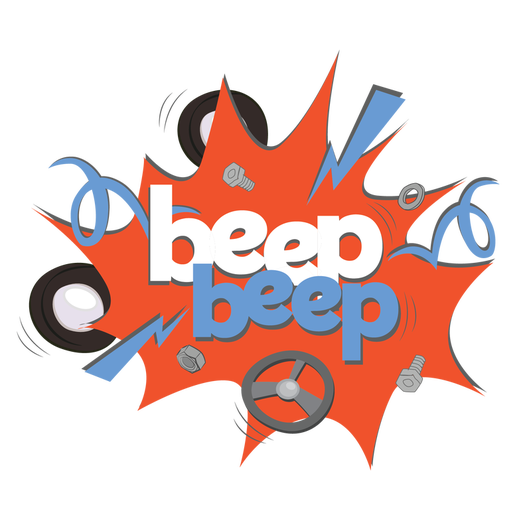 Written and Directed by Rex Daugherty

On a warm spring day, the friendly tune of the ice cream truck might be just what you need. But when one particular ice cream truck starts to fall apart, the drivers have to fix it before everything starts to melt! Will our friends find a way out of this sticky situation? This highly physical comedy features live percussion music and plenty of zany shenanigans. Come help us figure out how to fix up this ice cream truck where nothing goes right!

"Beep Beep is a great introduction to live performance for the very young and adults will laugh right along with their kids."
- Our Kids
​"The humor in the piece and the ingenuity of the stagecraft have an appeal that is not confined to children."
- DC Theatre Scene

Rex Daugherty (Director and Playwright) is a DC-based actor and director and currently serves as the Artistic Director of Solas Nua. He previously worked with Arts on the Horizon with his play Snow Day and is thrilled to be back with BEEP BEEP! As an actor, he has performed at The Kennedy Center, The Shakespeare Theatre Company, The National Theatre, The Warner Theatre, Signature Theatre, Round House Theatre, Folger Theatre, Solas Nua, and Off Broadway at 59E59. Daugherty has received three Helen Hayes nominations as part of Outstanding Ensembles and is a member of Actors’ Equity Association. Directing credits include: Wild Sky, Little Thing, Big Thing, Coolatully, Misterman (Solas Nua); Night Falls on the Blue Planet (Theatre Alliance); Late: a cowboy song (No Rules Theatre Company); Suite Surrender, The Prince and the Troubadour (1st Stage); Wake Up, Brother Bear (Imagination Stage); Snow Day (Arts on the Horizon); Yours, Isabel (Edinburgh Fringe); Bad Dates (Wayside Theatre); Angels in America (assistant - Forum Theatre); Billy Elliot, The Flick (assistant - Signature Theatre). Rex most recently The Frederick Douglass Project with Solas Nua. See what else Rex is up to on his website,
https://www.rex-daugherty.com
​​
Drew Neitzey (Stage Manager) is delighted to be teaming up with Arts on the Horizon once again! This past season, he was the Stage Manager for Outside the Lines. Previous D.C. credits include Three Sisters,​ The Hard Problem​,​ and Hand to God (Studio Theatre). Other credits include productions and events with the Kennedy Center, Arena Stage, Goodman Theatre, The Glimmerglass Festival, Endstation Theatre Company, and the American Pops Orchestra. In addition to his stage management work, Drew was fortunate to work with Aurora Productions on the Pre-Broadway production of Mean Girls at the National Theater. Drew received his B.A. in Theatre Arts and Communication Studies from Stetson University.

Julie Cray Leong (Costume Designer)  is a graduate of The Catholic University of America with a BA in Drama. Her most recent projects include: The Laramie Project and Our Town (Catholic University), Pericles and Julius Caesar (STC Academy for Classical Acting), Burst (Parlor Room Theatre), Imogen (Pointless Theatre Company). This is her second show with Arts on the Horizon after serving as Costume Designer for Nutt and Bolt and she is happy to be back! She is the Costume Shop Manager for The Catholic University of America. For more information, visit www.JulieCrayCostumes.com