Arts on the Horizon recognizes these individuals as members of our artistic and educational community; their commitment to our mission is beyond anything we could ask of them, but one they generously choose to make.
David Kilpatrick - Company Member since 2014
​
David is a DC-area arts administrator and playwright, and proud company member of Arts on the Horizon. His playwriting career began in second grade with a show called Father Fox Tries to Get Some Chickens. Written on his parents' typewriter and starring his classmates, the piece proved to be so popular it then toured all the way down the hall to the first grade. Now, all of these years later, he's not only delighted to have made a career in theatre, but is also honored to be writing plays for children under 6.  His other plays with Arts on the Horizon include: The Young Spectaculars and the Front Yard Adventure, Point A to Point B, and the Holiday Edition of Drumming with Dishes. His adaptation of Lindsay Ward’s picture book Please Bring Balloons was produced by New York City Children’s Theater.  For the past two years, David has served as the Director of Education Programs and Productions at the Kennedy Center. Before that, he served as Manager of Kennedy Center Theater for Young Audiences for nearly ten years.

Arts on the Horizon Emerging Artists

In fall of 2018, AOTH launched an Emerging Artist Program to enhance our commitment to developing the next generation of artists, directors, creators, designers, and actors in the field of Theatre for the Very Young. Each season, we will select one individual to be our resident Emerging Artist to work on one AOTH production. Through this opportunity, the individual will receive professional experience and leadership opportunities, as well as an increase in their visibility in the theatre community. Take a look at the Emerging Artists who have worked with us so far: 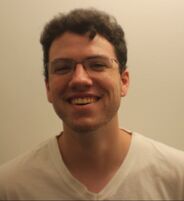 Stephen is a lighting and sound designer and will be designing lights for Squeakers & Mr. Gumdrop. He graduated with honors from the University of Vermont in 2018  with a focus in Theater and Psychological Sciences. While in Burlington, VT, he designed lights for one of the Top Ten Fall Events in Vermont. After returning to the Mid-Atlantic, he designed lights for the world premiere of Craig Houk’s Cold Rain at Capital Fringe. He completed a year-long Production Apprenticeship at Imagination Stage in 2019. His work can be found at: Indrisanodesign.weebly.com 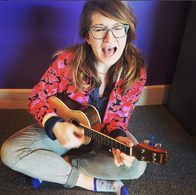 Becca Drew is a NC-based theatre maker who specializes in creative drama, theatre design, and theatre for the very young.  She was the creator and designer for Sailing on String. She earned her MFA in Drama and Theatre for Youth and Communities from the University of Texas at Austin. In Chicago, she served as Artistic Director of Bubbles Academy, an arts-integrated enrichment center where she developed innovative programming for babies to five year olds. At Lexington Children’s Theatre, Becca Drew worked as Education Associate, teaching theatre classes to young people, designing for MainStage productions and performing for young audiences. Becca Drew’s artistry is heavily influenced by young people.  She believes passionately in the power a practicing artist can have in the classroom and the powerful influence young people have on practicing artists.