Best for children ages 0 - 2 and their families

By the Seashore takes us on a magical journey to a place children love to visit - the beach! Young audience members are invited to explore all the amazing things we find on the shore, in the ocean, and in the sky; from birds and fish, to sand and water, and everything in-between! Using an imaginative mix of puppetry, movement, and sound, this sensory-filled production is specifically designed for babies and young toddlers.

Running time: 20 minutes, plus a 10-15 minute exploration time after the production where children can interact with the props used in the show and the performers (30-35 minutes total) 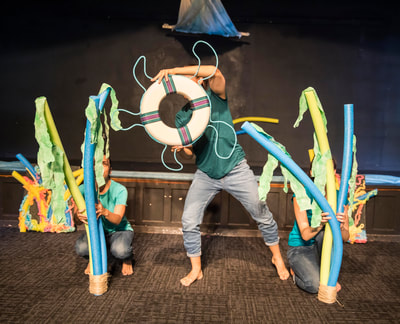 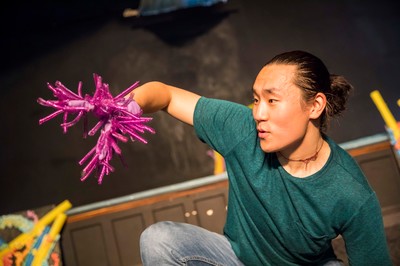 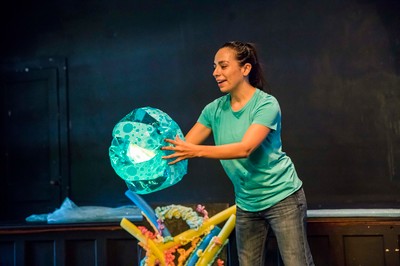 Betsy Rosen (Co-Creator) is an actress, puppeteer, and teacher based in NYC. Previous Arts on the Horizon credits include Drumming with Dishes, and Under the Canopy. Betsy recently made her Lincoln Center debut (Argus), as well as her Australian debut (Laser Beak Man), both with Dead Puppet Society. Her New York credits include La Mama, The Drama League, The Samuel French OOB Festival, St. Ann’s Warehouse, The Lark, TBG Theatre, and New Victory LabWorks. Prior to moving to NYC, Betsy spent many wonderful years based in Washington, DC. Her regional acting credits include The Studio Theatre, Round House Theatre, Woolly Mammoth Theatre Company, Folger Theatre, Taffety Punk, Cincinnati Playhouse, Delaware Theatre Company, Imagination Stage (Helen Hayes Award), among others. Betsy will be returning to Australia in Fall 2019 to perform in a national tour of Laser Beak Man.